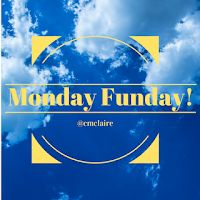 With last week being the start of the school year, I was able to settle into a routine, which includes television watching.  With the new shows starting up soon, things will become even more routine.  Right now I watch new episodes of Project Runway and The X Factor each week then spend the rest of my screen-time watching shows I've either recorded or are on Netflix.

This week I was catching up on Coronation Street.  Usually I record the episodes during the week and watch them all together on the weekend but I haven't watched since the summer so I have a lot to catch up on.  I managed to watch two weeks worth last week and now I have just finished episodes from the first week of August. 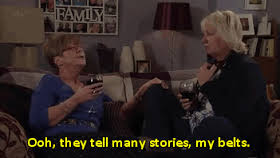 For those who are Corrie fans, here's a great article from Buzzfeed from a few years ago about how wonderful the show is.

Today, the Golden Girls turns 30.  Hard to believe right?  I have been watching the show my entire life and it still stands today as a fantastic, hilarious, topical show.  I really enjoyed reading this article on why it is still the most progressive show on television.

I found this article on Buzzfeed about maps very interesting.  It is 18 maps that will change who you see the world  including ancient maps and where all the blonde people are in the world.

Growing up I loved Archie Comics. Recently, one of my kids pointed out that I could take them out of the library and so I've been catching up.  But a lot has changed in Riverdale since I last visited.  This article from Den of Geek has helped me catch up.