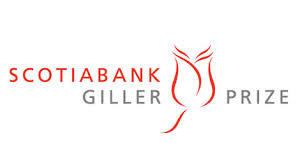 The longlist for the 2015 Scotiabank Giller Prize was announced today.  The Giller is one of Canada's most prestigious literary prizes and is awarded to the best novel or short story collection published in English.  Last year's winner was Sean Michaels for Us Conductors.  Past winners include Esi Edugyan, Joseph Boyden, Alice Munro, M.G. Vassanji, Margaret Atwood,  Mordecai Richler, Austin Clarke, and Rohinton Mistry.

Here is the longlist for this year's prize:

So far I have only read two of the novels on the list - Fifteen Dogs and A Beauty.  I definitely thought Fifteen Dogs should be nominated for awards this season so I'm very happy to see it there.  Over the next two months, I plan to read all of these books as I already either own or have a library hold on all of the books.

Now if you will excuse me, I'm off to start reading!