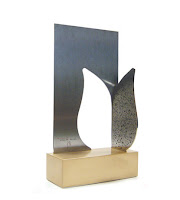 It's an exciting time of year for authors, publishers and readers as there are quite a few book prizes being handed out. Here's a look at two Canadian awards I'm following:
Giller Prize
The Scotiabank Giller Prize is Canada's most distinguished literary prize. Past winners include Margaret Atwood, Michael Ondaatje, Alice Munro, Mordecai Richler and Rohinton Mistry. Last years winner Johanna Skibsrud caused quite a stir as her book was put out by a very small Canadian publisher and it was difficult to get your hands on her book before and after the win.
This years longlist is:
The Free World - David Bezmozgis
The Meagre Tarmac - Clark Blaise
The Beggar's Garden - Michael Christie
The Antagonist - Lynn Coady
The Sisters Brothers - Patrick deWitt
Extensions - Myrna Dey (Readers' Choice Winner)
Half-Blood Blues - Esi Edugyan
The Little Shadows - Marina Endicott
Better Living Through Plastic Explosives - Zsuzsi Gartner
Solitaria - Genni Gunn
Into the Heart of the Country - Pauline Holdstock
A World Elsewhere - Wayne Johnston
The Return - Dany Laferriere (translated by David Homel)
Monoceros - Suzette Mayr
The Cat's Table - Michael Ondaatje
A Good Man - Guy Vanderhaeghe
Touch - Alexi Zentner
The shortlist will be announced on October 4th and the winner will be announced on November 8th.
Toronto Book Awards
The Toronto Book Awards is an opportunity for readers to discover the beautiful diversity of the City of Toronto through the eyes of authors. This is the 37th year the award has been presented.
The five finalists are:
What Disturbs Our Blood - James FitzGerald
Etienne's Alphabet - James King
The Amazing Absorbing Boy - Rabindranath Maharaj
The Parabolist - Nicholas Ruddock
Fauna - Alissa York
The winner will be announced on October 13.