Giller Prize Wrap-up and My Prediction 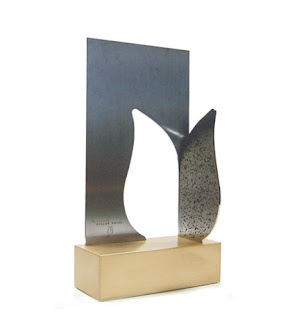 The winner of the Giller Prize will be announced tonight. For those who don't know, the Giller Prize is one of Canada's most prestigious literary prizes. It is a must-follow for fans of Canadian fiction!
This year I aimed to read all of the books on the long list. That didn't happen. However, for the first time I managed to read all of the books on the short list before the winner was announced.
The shortlist (click on title for review)
The Sisters Brothers by Patrick deWitt - Nominated for the Man Booker Prize and has already won the Rogers' Writers Trust prize. Has a wide appeal and is very accessible for those who aren't fans of the Western genre.
Half-Blood Blues by Esi Edugyan - Nominated for the Man Booker Prize as well as all 3 major Canadian prizes. A fantastic story, it's language transports you to the time and place, engrossing you in its beauty. (My review isn't up yet.)
The Antagonist by Lynn Coady - written in a unique format (through the emails of the main character to one person), a page-turning novel about a misunderstood man and his need to be heard.
The Free World by David Bezmozgis - a book I feel captures the beauty and diversity of our country, the story of a family caught between two worlds, waiting to immigrate to Canada.
Better Living Through Plastic Explosives by Zsuzsi Gartner - the only collection of short stories on the short list, this book is a hilariously dark take on society.
The Cat's Table by Michael Ondaatje - a beautiful story about a young boy's voyage and the lasting effect it had on his life. Ondaatje is an incredible writer who is one of Canada's best.
My prediction
How do I pick one? I honestly believe that there is no runaway book or book that will be surprise to win. It seems that it's between Half-Blood Blues and The Sisters Brothers given the fact that they have both been nominated for the major awards of the season. But it's too hard for me to predict who will be chosen by others so I will say that if I were picking the winner I would pick........
Half-Blood Blues by Esi Edugyan.