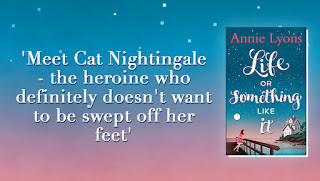 I recently reviewed the book Life or Something Like It by Annie Lyons, which I named as one of the best books I have read this summer.  And today I'm excited to share that Annie agreed to answer a few of my questions!  Here's what she had to say:

What books influenced you?
I can remember my mum reading The Little House in the Big Woods by Laura Ingalls Wilder to me and being completely caught up in a world that was so unlike my own - I love books that transport me far away from my own four walls.

As a teenager I was obsessed with Wuthering Heights and actually very surprised when I first read it. It wasn't what I expected at all - so dark, passionate and often very disturbing but completely absorbing.

My dad introduced me to P.G. Wodehouse and I can remember gorging myself on his books one summer. The observations on life are witty and wise, and the characters are comic perfection. I've always had a secret ambition to win the Wodehouse Award for comic literature because apparently you actually win a pig as well as a complete set of Wodehouse books and a Jeroboam of champagne - basically all you need for a happy life.

I discovered Anne Tyler in my late twenties and completely fell in love with her writing. It is effortlessly brilliant - no-one conveys the emotion or inner feelings of characters better than she does. I met her a couple of years ago and she was everything I wanted my writing heroine to be.

One Day by David Nicholls was the book that made me want to write. I loved everything about this book and felt utterly bereft when I'd finished it. The characters stayed with me for a long time afterwards and I think there's some kind of magic in a book that can do this.

What is your writing space like?
We moved house last year and I now have my own writing room! It's small but perfectly formed. It needs a little work as there are still Buzz Lightyear stickers on the wall from the previous inhabitant but I find his presence rather reassuring. I look out over the garden towards field beyond, which is often filled with either swearing footballers (colourful) or crows (amusing). I love it.

Do you have a writing schedule?
Sort of. It goes: take children to school, come home, make huge pot of coffee (writing fuel), write until lunchtime (aiming for 2000 words if possible), do social media and correspondence after lunch, pick up children, try and fail to help them with their increasingly tricky homework.

Which actors/actresses would you cast in the movie of your book?
Olivia Coleman, David Tennant and Dame Judi Dench because I will watch anything with them in and I want to be BFFs with them too.

What is your dream vacation?
Lanzarote in the Canary Islands - it is beautiful, always sunny and the food and wine are wonderful.

What tv show would you love to do a cameo in?
Modern Family - Phil Dunphy is my hero. 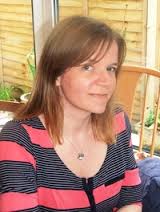 About Annie
After leaving university, Annie Lyons decided that she 'rather liked books' and got a job as a bookseller on Charing Cross Road, London. Two years later she left the retail world and continued rather liking books during an eleven-year career in publishing. Following redundancy in 2009 she realised that she would rather like to write books and having undertaken a creative writing course, lots of reading and a bit of practice she produced Not Quite Perfect. She now realises that she loves writing as much as coffee, not as much as her children and a bit more than gardening. She has since written another two novels and is about to start work on her fourth. She lives in a house in south-east London with her husband and two children. The garden is somewhat overgrown. One day she hopes to own a chocolate-brown Labrador named John and have tea with Mary Berry.