TIFF is pleased to announce the third season of its Books on Film series, a popular subscription series that brings together book and film lovers to immerse themselves in the world of book-to-screen adaptation.  Hosted by Eleanor Wachtel of CBC's Writers and Company, and presented in association with Random House of Canada, the series gather filmmakers, authors, and experts to discuss the art of adapting a book to screen.  All events take place at the TIFF Bell Lightbox stage in Toronto.

New Yorker theatre critic and acclaimed author Hilton Als on The Innocents, the 1961 adaptation of The Turn of the Screw by Henry James  (February 11) 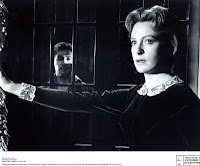 Award-winning screenwriter and playwright Christopher Hampton on his adaptation of Atonement, nominated for an Academy Award (May 6)

Each event includes a screening followed by discussion.  Subscriptions to the series are available for $153 for TIFF Members or $180 for non-members (prices include tax.)

About TIFF
TIFF is a charitable cultural organization whose mission is to transform the way people see the world through film.  An international leader in film culture, TIFF projects include the annual Toronto International Film Festival in September; TIFF Bell Lightbox, which features five cinemas, major exhibitions, and learning and entertainment facilities; and innovative national distribution program FIlm Circuit.  The organization generates an annual economic impact of $170 million CAD.  TIFF Bell Lightbox is generously supported by contributors including Founding Sponsor Bell, the Province of Ontario, the Government of Canada, the City of Toronto, the Reitman family (Ivan Reitman, Agi Mandel and Susan Michaels), The Daniels Corporations, and RBC.  For more information, visit tiff.net.