Joely Zeller is the beautiful 32-year-old daughter of Hollywood film royalty who is determined to make her own way in life without help.  But after sacrificing her personal life to put in eight years of hard work at Wall Street law firm only to be foiled by her incompetent male counterpart AND being dumped by her fiancé for his best man, she finds herself heading home to Los Angeles.

After only a few days at home with her mother, whose only efforts are to get Joely all the therapy and plastic surgery she could ever need, she realizes that she is sitting on a potential gold mine - her years of experience as an Estates and Trust lawyer combined with the impending demise of aging baby boomers and vast amount of wealth ready to be inherited.  With her two best friends, Joely opens her own law firm and instantly has clients knocking at her door.  But when one case brings her up against her counterpart from New York, her career and personal life may once again be on the rocks.

Deathbed Dimes is the debut novel from Naomi Elana Zener, a satire and fiction writer behind the blog Satirical Mama. This book is fun and witty from beginning to end, taking you into a hilarious and wacky world you won’t want to leave.

When I first read the synopsis of this book, I wasn’t sure what kind of book it would be.  Would it be serious with some humour or would it be light fun chick lit?  Turns out, it’s both and that’s a good thing.  The book has a chick lit feel the whole way through but the addition of the legal side makes it balanced.  Zener is herself a lawyer so she knows her stuff and it shows in this book.  But, unlike other books I have read this year, the legal parts don’t overshadow the story.  I found it all very interesting and never felt like it was hindering the plot.

Joely is a fantastic main character, flawed but loving and loveable.  The character I loved the most though, was Joely’s mother Sylvia.  That woman is a piece of work and one of those characters that everybody will get a kick out of, no matter how infuriating she is.  And the whole cast of characters at the law firm are the people every main character should be surrounded by.  Even Chip, Joely’s nemesis from her former law firm, is the perfect character for the storyline.

I really enjoyed this book.  The pace changed and slowed a bit around the time they were setting up the law firm, and I didn’t care much for the storyline with Joely’s law professor, but that didn’t ruin the book for me.  If you’re looking for a main character to cheer for, Joely is the one you want.  Zener writes with humour and warmth, is a fresh new voice, and I look forward to reading more from her. 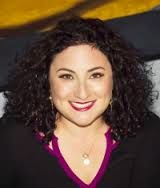 Naomi Elana Zener is a new writer with a fresh satirical voice.

Naomi writes satire and fiction on her blog, Satirical Mama (www.satiricalmama.com). Her vociferous blogging has been read and appreciated by industry bigwigs such as Giller Prize winner Dr. Vincent Lam and New York Times best-selling author and journalist Paula Froelich. Naomi’s articles have also been published by Erica Ehm’s Yummy Mummy Club. Naomi is also a practicing entertainment attorney and lives with her husband and two children in Toronto. She’s currently working on her sophomore novel

I received a copy of this book courtesy of the author.  The opinions expressed above are my own.
Canadian Chick Lit Fiction